On The Forked Eb (aka Eb trill) On Vintage Saxophones

On older horns, sometimes you’ll find that the right hand E pearl is disconnected from the E pad cup, and through a rather complex mechanism is attached to a tiny key opposite the low D.  This is a mechanism called the forked Eb, and when in proper working order allows you to trill from D to Eb by raising your middle finger instead of using your pinky on the Eb key.

So- should you use this key?  Is it a necessary part of your beautiful vintage horn, or is it an anachronism that isn’t made anymore for a reason?

In the case of True Tones and Conn Transitionals, the Eb trill/forked Eb disappeared during the production run. This wasn’t the result of a massive change with the singular goal of removing the Eb trill- it was evolutionary. They just didn’t install it. It was extra work to make that tonehole, make the mechanism, make the keyguard, so they just stopped doing it but didn’t purposefully change anything else related to it until the whole horn changed a model later. So there are original horns out there with factory de-installed forked Eb.

On some of these, you’ll even see a factory soldered plug for the tonehole! Quick fact: toneholes are punched or milled out of the body and then pulled up from the inside. Because the sides of the chimney are different heights away from the body, the hole punched for the tonehole is oblong North/South so when its pulled up the tonehole is even around the rim. So, when you see an oblong solder seam on your horn where the forked Eb tonehole would have been, you know the forked Eb tonehole was punched, but never pulled/raised, and soldered shut after it was punched. Clearly they wouldn’t punch the Eb tonehole out if they had redesigned the horn around the lack of forked Eb… Q.E.D.

I always ask the customer after laying out the pros and cons of having it functional. Pros = originality of function and intent. Cons = more variables, and more variables means more opportunity for something to go wrong. Pro or Con, depending: marginally sharper F. Different people for different reasons request different things, and I do whatever they ask with equal aplomb.

Regarding the intonation affected by having the forked Eb non-functional, there are two separate issues here worth noting.

1. Having the key shut (corked or sprung) vs. open (as designed) has in my experience a marginal effect on the tuning of the F- makes it a little flatter (when shut), all other things being equal. Also in my experience, IMHO and all that, once key heights get past what I would consider fairly closed, the effect is minimal.

2. Removing the chimney (or not having it there at all from the factory in a case such I described above) will have a similar effect on the tuning of the F because of the VENTING lost, but the VOLUME that is lost by removing the chimney altogether affects the E more- the missing volume is directly opposite the open tonehole for voicing E. This will sharpen E (and to a smaller extent Eb) a small bit. Simple experiment to illuminate this: get a ball bearing, get a magnet, hold the ball bearing inside the bore opposite your D tonehole and play E in all sorts of different ways and approaches. Remove the magnet, roll the ball bearing out of the bell, and do the same. Depending on you, your setup, etc. the magnitude of the effect will differ, but in most cases it will not be groundbreaking or dealbreaking. 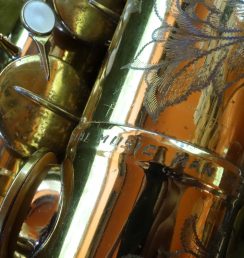 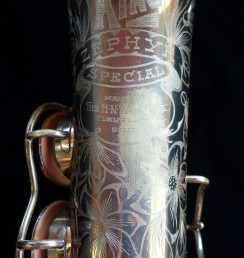 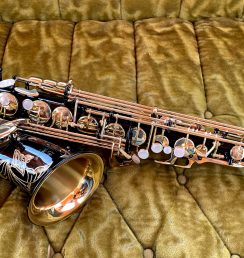