This is an original lacquer King Zephyr Special tenor from 1938.  I overhauled it with reusable brass resonators from Tenor Madness, and I am about as pleased with my padwork on this one as I ever get.  The horn came out really, really great and it is so beautiful to look at.  I learned a tiny bit more about photography (I use a point-and-shoot and make it a point to never edit) and tweaked the aperture settings just to get some photos of the engraving that do it justice.  So yeah, sorry about the artsy photos but I just learned how to F-stop and I can’t really control myself.

This horn had actually just received a fresh overhaul from somewhere else (I don’t know where and don’t want to know) and they had done something doubleplus ungood: taken a nearly flawless original horn and roughly leveled the toneholes, and afterwards used pads that were too thick and bent the $%*& out of the keys using metal bending wedges (a tool that has uses, but must be used with great care), turning them into a bowed Pringle type shape IN ADDITION to forcing the back side of the tonehole down- after they had already leveled it!  Argh.

King keys are unique in their shape- the spines along the back only go halfway across the cup, and thus do not reinforce it fully.   They are also conical in profile when viewed from the side.  This combination means that they are easily deformed if not treated right, and they are also a little bit difficult to get back to their original shape once deformed.  So since nearly every key cup had been bent, this added a little bit of challenge to the job, but I’m happy to say- perhaps because the damage had been done so recently and metal has memory- that each key cup popped right back into its original position quite well and with relative ease.

As far as the toneholes, since they had already been “leveled” I tried to stay away from removing any more material, and approached the unlevelness on two fronts.  I tried to push back up the low side of the tonehole that had been bent downwards by the last person who worked on the horn by doing very, very slight dentwork-style pushing from in the inside, which helped the worst of the bent toneholes (we are talking about maybe a hundredth of an inch) and just dealt with slightly unlevel toneholes elsewhere in my padwork.

Anyways, that’s a lot of complaining on my part, because the pad job turned out quite beautifully if I do say so myself- and I am a harsh critic of my own work.  Perhaps I am improving.  I find more and more that a good pad job really comes down to selecting just the right amount of adhesive to put behind the pad (given that the distance between the back of the key cup and the tonehole when parallel should equal the thickness of the pad plus the adhesive), and I am indeed getting better at that. 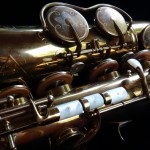 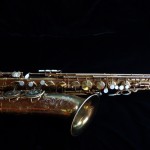 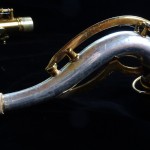 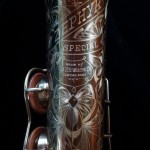 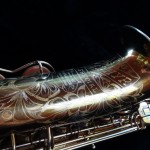 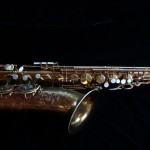 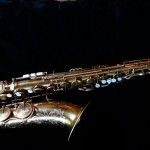 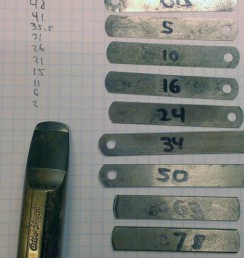 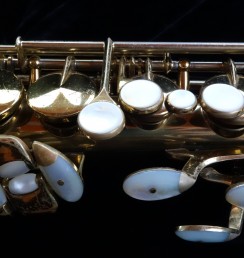 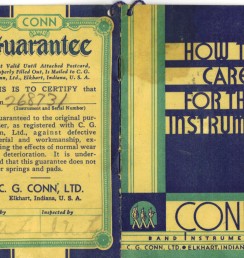 Original Literature From a 1935 Conn Saxophone