This is a drop-dead gorgeous example of a Selmer Super Sax made in 1931, wearing its original gold plate.  It sports the “cigar cutter” octave mechanism, which to my view is unimportant enough that I forgot to photograph it.  What is important is the year and the model- to my mind, the Super is the first Selmer that sounds and feels like a Selmer, and might even be my favorite series of Selmer saxophones.  And whether a Selmer Super Sax sports the “cigar cutter” octave mechanism (which is an applied name and not official, merely a nickname based upon a shape in the octave mechanism of the early Supers) or not, a Selmer Super is a great saxophone.

This particular instrument came to me in overall good physical condition with minimal wear to the plating, but it had already seen at least one mechanical rebuild of the keywork and it was in need again.  What that means is that someone really, really played the hell out of this horn for a LONG period of time, but also took extremely meticulous care of the instrument- I mean, when you look at this saxophone, you’ve got the realize that you are looking at a sax that has been out of its case and playing for tens of thousands of hours.  Whenever I see a horn in that condition, I am immediately intrigued- because if someone played this horn for decades and loved it enough to take such good care of it tirelessly all along and never once dented it or dropped it or even scratched it, it is probably something special.

The overhaul was intensive due to the mechanical wear and due to the work-hardening of the metal of the keys that had been previously swedged, but the results were as good as I hoped for.  The horn is a special one, not only beautiful but a blast to play.  It has been given a new lease on life and belongs to a player who will take extremely good care of it, and I have no doubt that this instrument will be making music long after I am dead and gone.

I included a couple of photos of a repair of a typical botch job for a stuck screw.  Sometimes, a lazy repairer (or layman) when faced with a frozen rod and a stripped out head will simply cut a slot deep into the post, re-slotting the rod in the process.  This is malpractice, and leaves the instrument scarred.  I repaired such a scar on this horn and I was quite happy with how it came out. 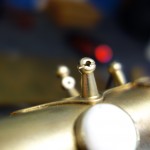 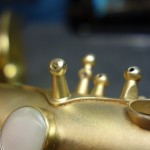 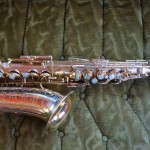 UPDATE:  Oh hey look!  I found a few more photos I took, including one of the octave mechanism with the tell-tale cigar cutter shape. 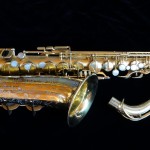 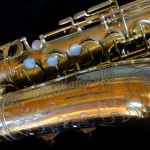 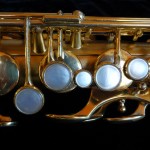 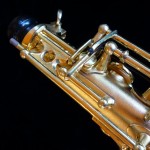 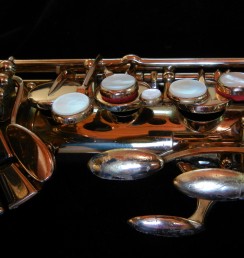 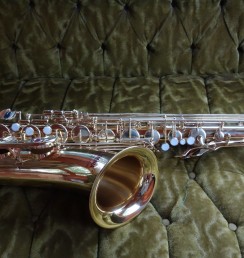 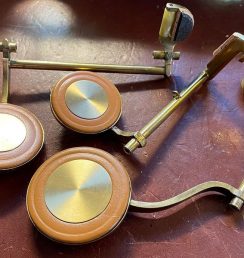 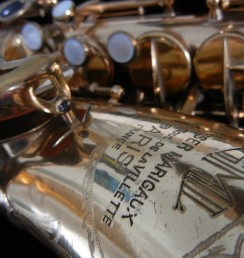