This is going to be a big job!  Although this horn is fairly clean physically, there are a few major trouble spots that will provide me with some difficult challenges.

There are probably less of these horns in existence than I could count on two hands, so I’m pretty excited to work on it.  I’ve been asked to try to avoid any soldering work- including unsoldering the upper bow, which would make the major dentwork necessary in that area a lot easier- so this will be quite a challenge.  I also expect an awful lot of rusted out and stuck screws, rollers, springs… now that I think of it, there are a lot of pitfalls in this job, and its probably rather foolhardy of me to post “before” pictures publicly before I get through the unseen gremlins and hit bedrock.  Ah well, further incentive to not **** it up.

I move house (and business) at the end of next week, so even though I plan to start on this horn this weekend and work most nights this coming week, the “after” photos might not be posted here until the end of the first week of March.

Check out that engraving! 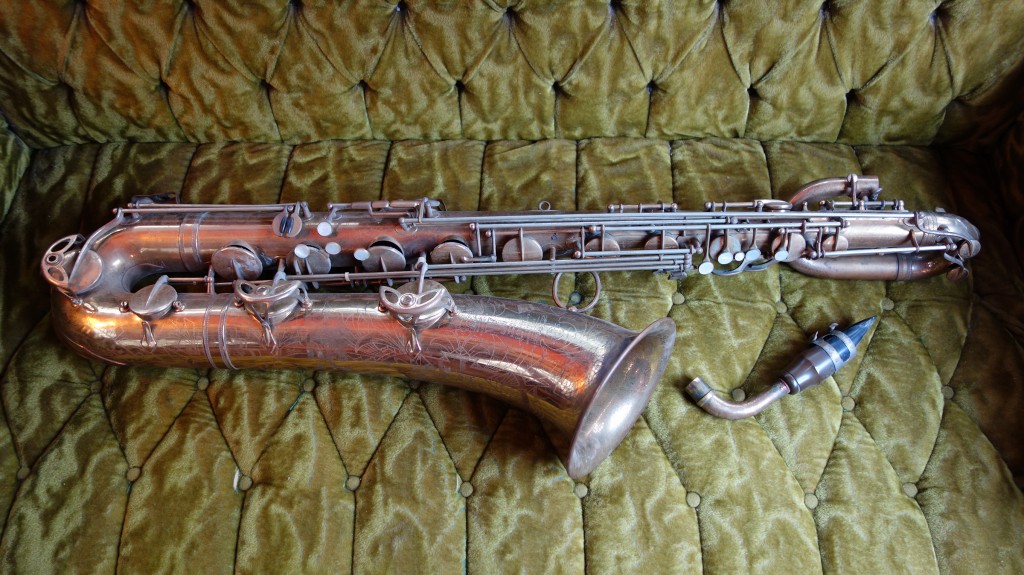 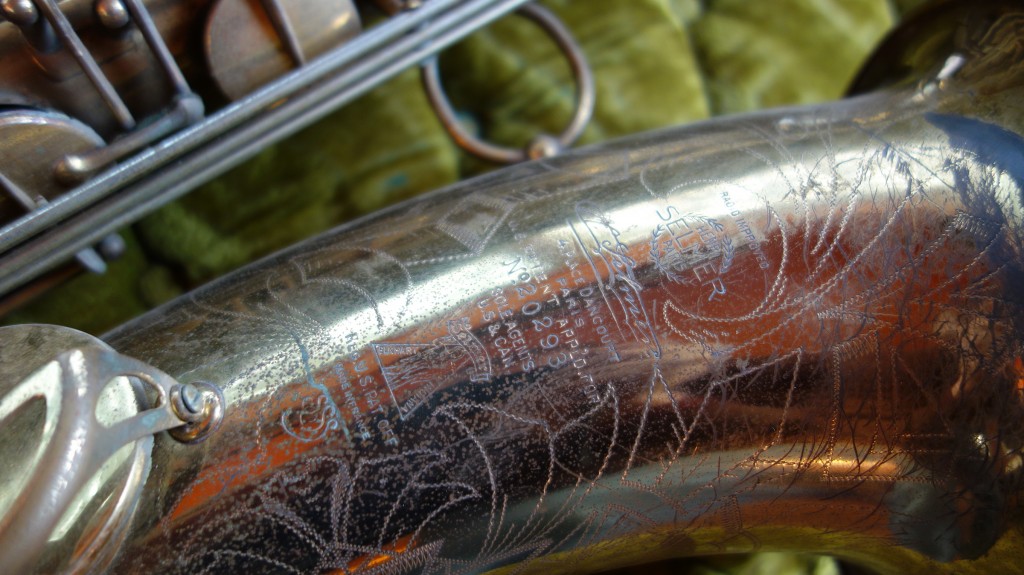 That serial puts it outside of official “Radio Improved” production, but it clearly has the stamp. Yet another example of reality not matching up with what has been written about Selmers. 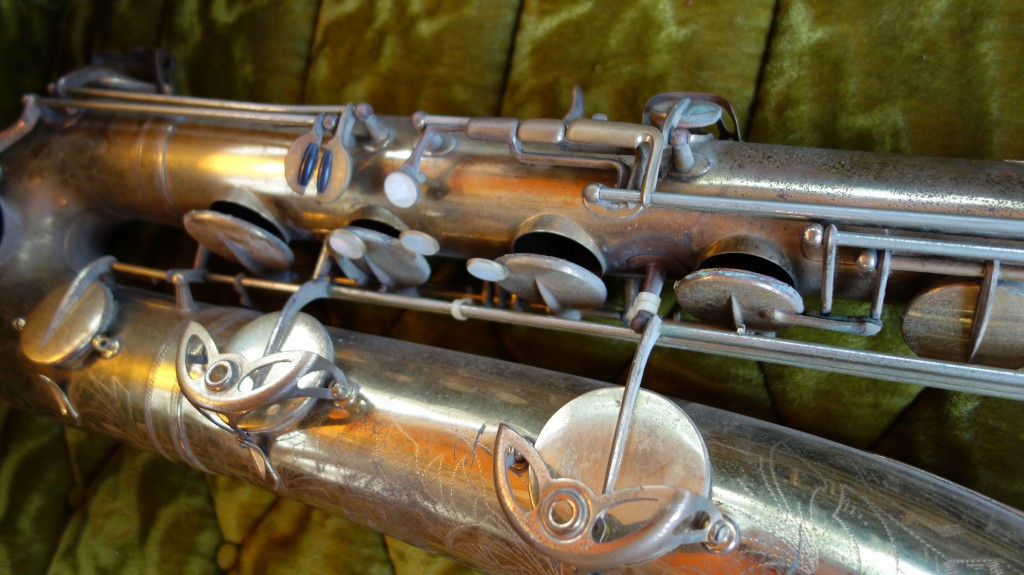 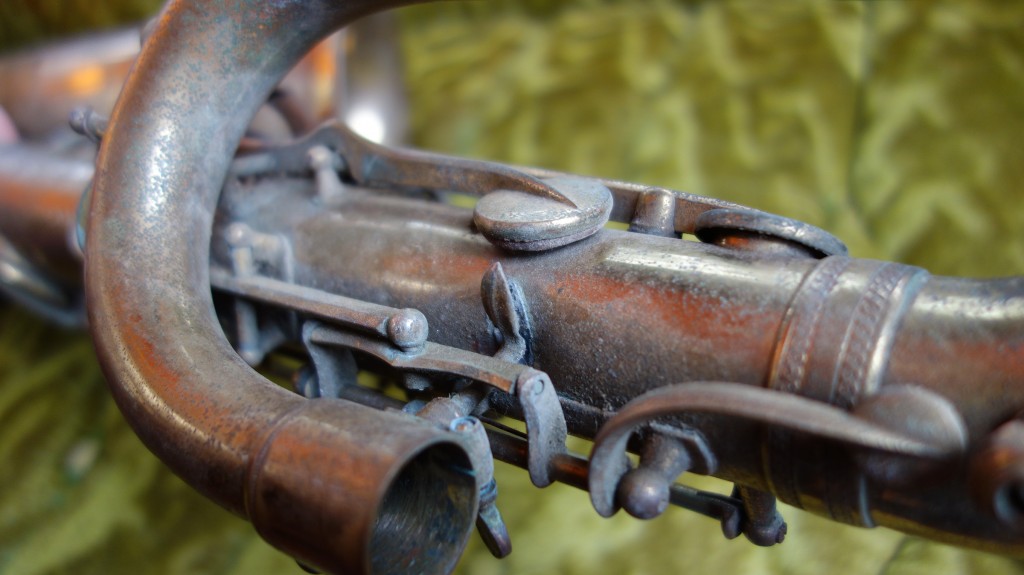 That is going to be trouble. 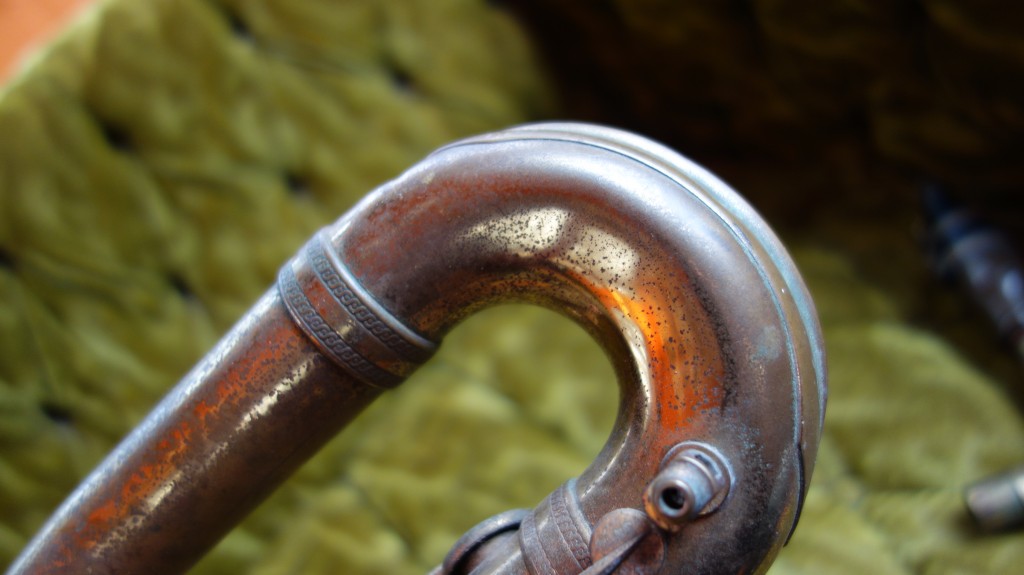 Can you see the ripple from the bow being bent? 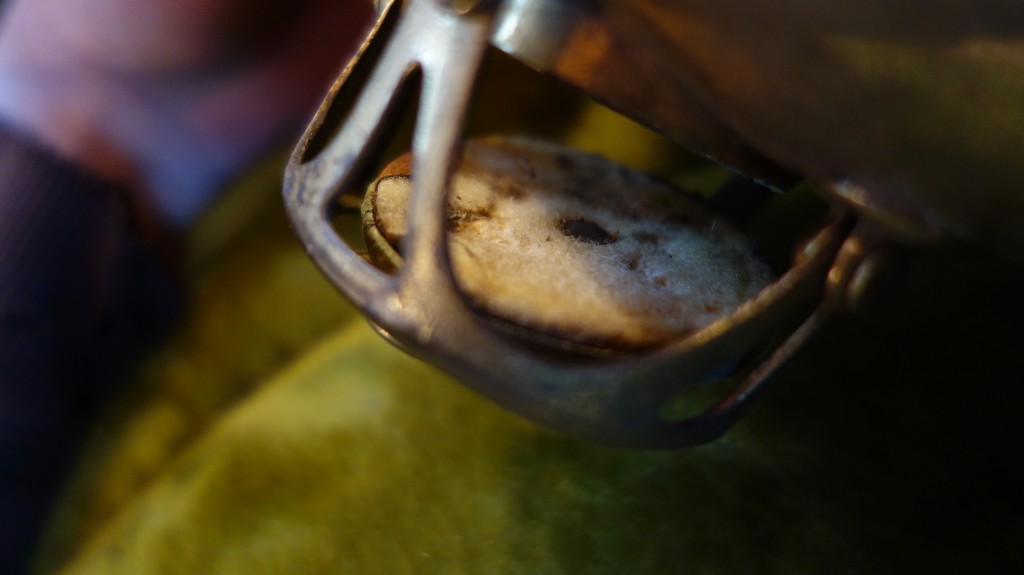 How much to eat that? 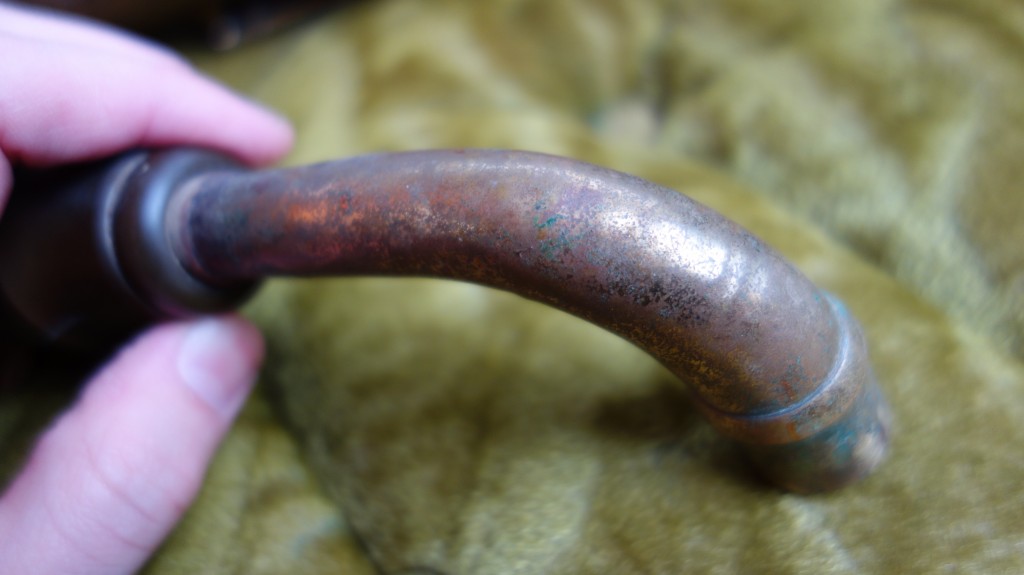 Lots of small bumps and bruises here, but the underside is still in good shape and I should be able to correct the bad past dentwork seen here and make it dimensionally correct. 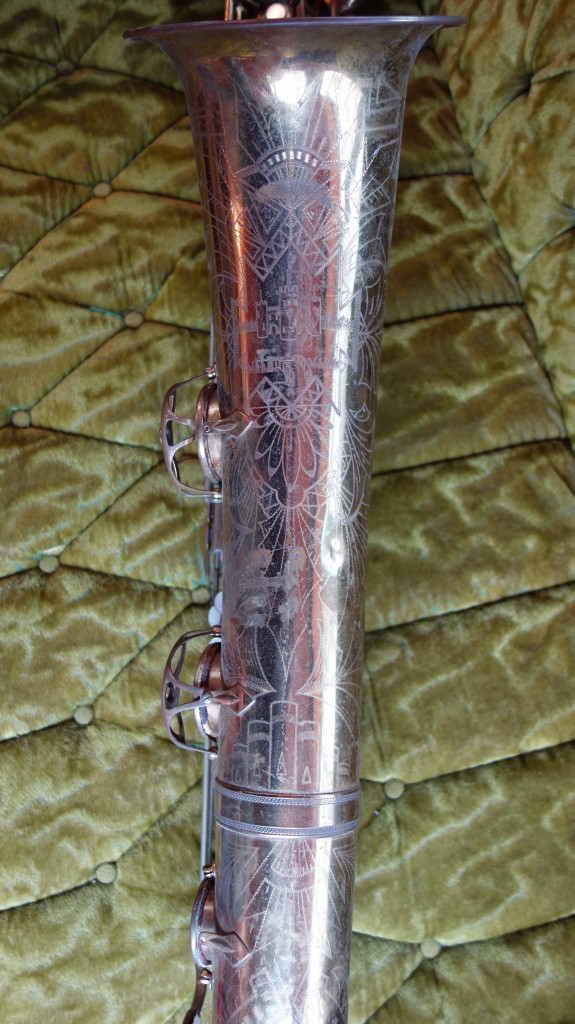 That engraving is awesome!  Also, someone bent a leg of the low Bb key cage to wedge the low Bb shut, which is a first for me. 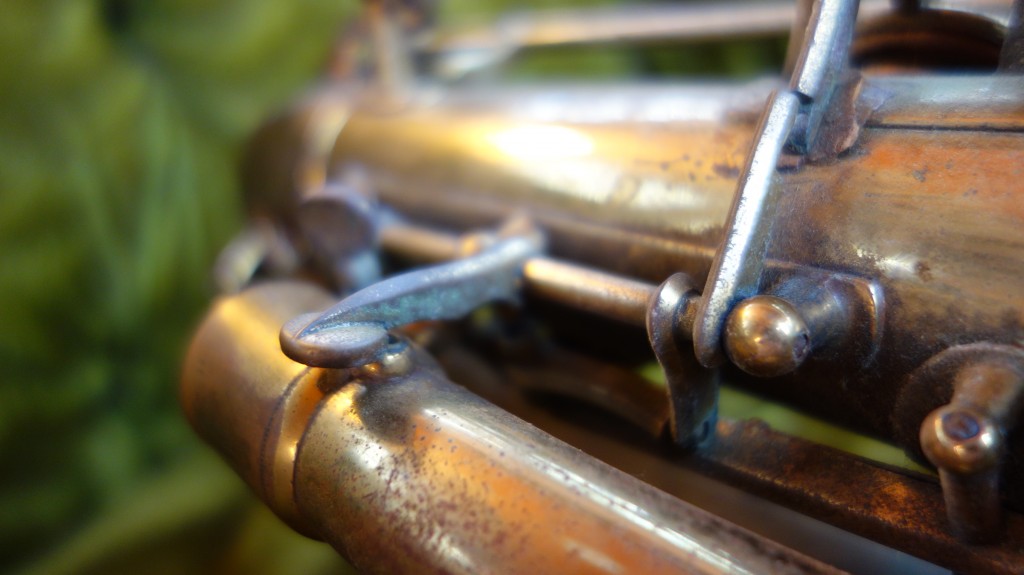 Further evidence of the twisting of the upper bow. 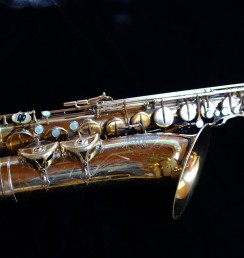 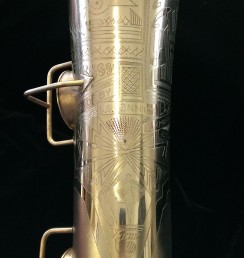 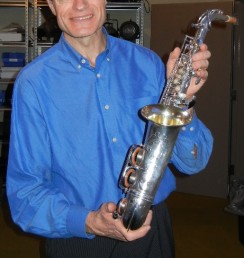 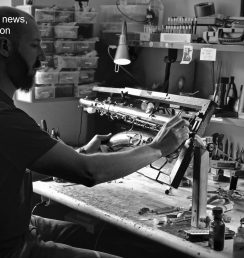